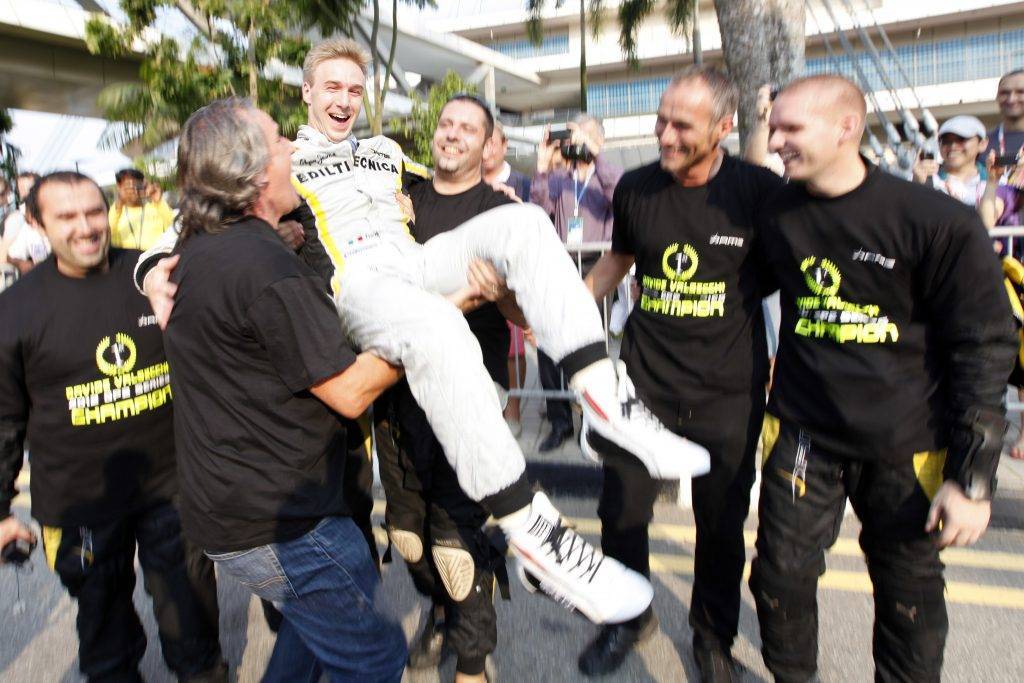 _We take a picture from the past and give it some context and if you enjoy these please do share on social media and let us know your thoughts.

Unfortunately for Valsecchi, it wasn’t enough for him to secure a career in Formula 1; he did however rebounded to have a successful career as a broadcaster for FOM and Sky Sport Italia, building a following for his passionate commentary in F2.
_

Valsecchi had been in the series for a good four seasons prior to his championship year, he was considered to be a veteran of the series by this time and overcame some odds along the way; with a title challenge becoming somewhat of a prerequisite for him as he was already 25 years old when the season started racing against plenty of up-and-coming drivers rising through the ranks for that GP2 Series season.

To that end, he delivered on it when it mattered and he clinched the Drivers’ Championship on the penultimate race of the season at the Marina Bay Street Circuit and adding a second GP2 title alongside his 2010 triumph in the GP2 Asia Series, but he had a season long points duel with 2011 teammate Luiz Razia that saw the pair trading places a few times before Valsecchi capitalized on a bad round for Razia to seal the title in Singapore. 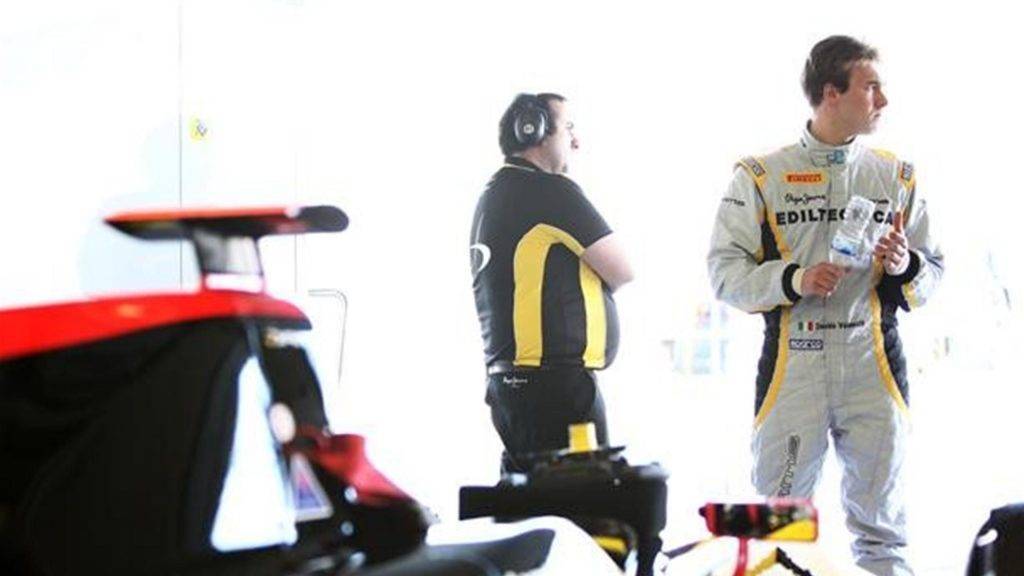 The season began brightly for the Italian as he qualified on pole for the opening round at Sepang, Malaysia with 4 points on the board from the get-go and finished 2nd on the Feature Race podium – behind Razia – which was followed by a retirement before going on a hot streak of three consecutive wins including a double and another pole at the Bahrain rounds to earn him an early championship advantage of 24 points after 3 rounds.

His win in the Feature Race at the Second Bahrain round would perplexingly be his last for the next three quarters of the season before finally winning again at the Monza round in the Sprint Race, having endured a slight slump in form that allowed Razia to slowly catch up and overhaul him for the lead of the Drivers’ Championship which had them both level on points coming into the Monza round.

The Monza round proved to be a turning point in the title race as the advantage finally swung back Valsecchi’s way where Razia failed to score points in either race while the Italian finished 6th in the Feature Race to pick up valuable points before extending that advantage at the top with a Sprint Race win on home ground that was crucial to his championship challenge coming into the final round of the championship in Singapore.

In Singapore, Valsecchi had the advantage over Razia at a new track for the GP2 Series by qualifying 6th with Razia managing 9th. The Feature Race was as good as it got for Valsecchi as after a good pit stop by the DAMS crew he was able to haul himself up the order to 4th before having to nurse his tyres and driving methodically to the end of the race; finishing just ahead of Razia which proved enough to clinch the Drivers’ Championship.

He finished off the season in 5th as he and teammate Felipe Nasr also secured the Teams’ Championship for DAMS, making it a double championship triumph for Valsecchi and his team who also retain their GP2 Series Teams’ Championship title from the year before. After five seasons, he finally managed to put the pieces together to win F1’s premier feeder series title coming off the back of four testing seasons.

The triumph was a sigh of relief for Valsecchi having been a series stalwart since 2008, joining a list of graduating champions. Previous GP2 Series champions – Nico Rosberg, Lewis Hamilton, Timo Glock, Nico Hulkenberg, Pastor Maldonado and Romain Grosjean – all graduated to Formula 1 after winning in the GP2 Series; with Valsecchi looking to do the same after sampling F1 machinery for Team Lotus at Sepang in 2011. 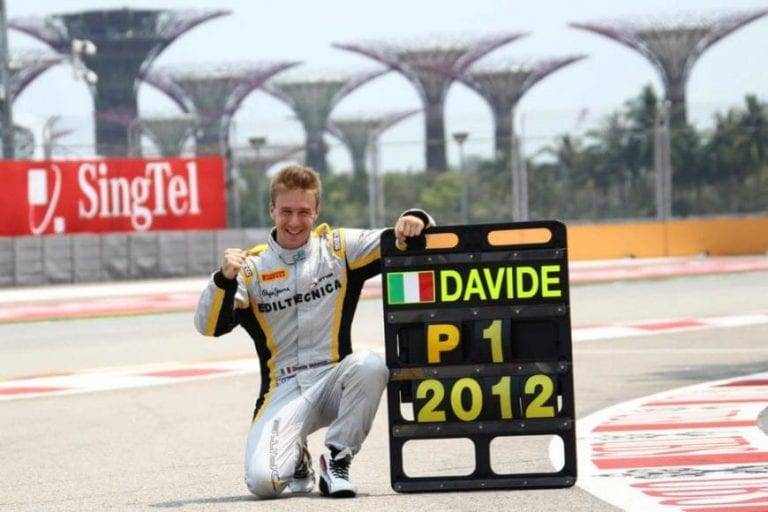 What happened after this picture?

After the end of the GP2 season, Valsecchi took part in the F1 Young Driver Test in Abu Dhabi with the Lotus F1 Team and duly topped the standings come the final day driving the same Lotus E20 that Kimi Räikkönen and Romain Grosjean drove at the recently concluded Abu Dhabi Grand Prix. He would go on the following March to drive the 2013 Lotus E21 at the preseason test in Barcelona, sharing the driving duties with Grosjean.

Sadly for Valsecchi, that was as much as he got out of Formula 1 as Lotus grappled with a driver problem that season with Grosjean’s erratic form, but miraculously Grosjean stayed on for the whole season. To compound matters for Valsecchi, an opportunity for a race seat with Lotus went begging when the team opted for Heikki Kovalainen over him when Räikkönen had a back surgery – leaving the Italian incensed by the decision.

Judged to be “too inexperienced” for the seat by the team, he eventually left Lotus in 2014, but not before giving an indictment to Lotus over being unpaid throughout the 2013 season caused in part by Räikkönen’s expensive contract bonus for doing very well in that year’s championship; which in turn nearly bankrupted Lotus altogether.

Following the whole debacle with Lotus, Valsecchi’s racing activities in 2014 was only limited to a single appearance in the International GT Open driving a Lamborghini Huracán GT3 for Eurotech Engineering in the opening round at the Nürburgring and a planned IndyCar test with Schmidt Peterson Motorsports that winter which went quiet. In 2016, he drove for two Lamborghini teams in the Blancpain GT Series Sprint Cup. 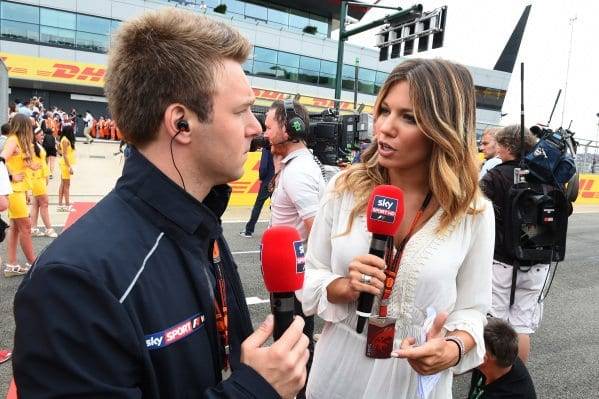 But it was clear then that his driving career and a dream of joining F1 was over, and so in that same year he became an analyst for Sky Sport Italia for their F1 coverage. He went on to provide colour commentary in 2017 for the international feed of the newly-formed FIA Formula 2 Championship; gaining a lot of followers for his enthusiastic and passionate commentary for the championship.

Davide Valsecchi’s story was one of trials and tribulations, overcoming the odds to winning the GP2 Series before being shut out of F1 due to unfortunate timing during a time where the bottleneck due to a lack of available seats made it impossible for him to break into F1. But nonetheless, he has managed to forge out a career post-racing to enjoy a successful endeavour in broadcasting.

_
And just for your listening pleasure you can hear the maestro at work, highlights of his commentary: