The FIA Formula 2 season starts now with pre-season testing fully underway in Sakhir, Bahrain the destination for the opening round of the championship on 20th March.

While we all keep up to date with what’s happening on the track we will bring you a round-up of all the action after the third and final day concludes.

New to F2? No problem check out this article

The new season has a lot of exciting prospects, a list of rookies that many race fans are eager to see as they make a further step towards #Chasingthedream and make into a Formula 1 seat for 2021 and beyond, The new 18-inch Pirelli tyres that will be heading for F1 in the 2021 season, a new Team joining the grid, a list of famous names that all F1 fans will recognise, and the usual new season fresh driver line-ups, and team liveries.

2020 brings a new addition to the F2 paddock with the British based Hitech GP announcing that they would be stepping up into Formula 2 for the 2020 season.

In their first season in the championship, they will be building the existing team structure that served them so well in the 2019 F3 Championship were they finished an impressive season second behind the dominant Prema Racing Team.

They will plan to retain all their staff and add to this rather than start from scratch as they double their efforts in both formulas this year. 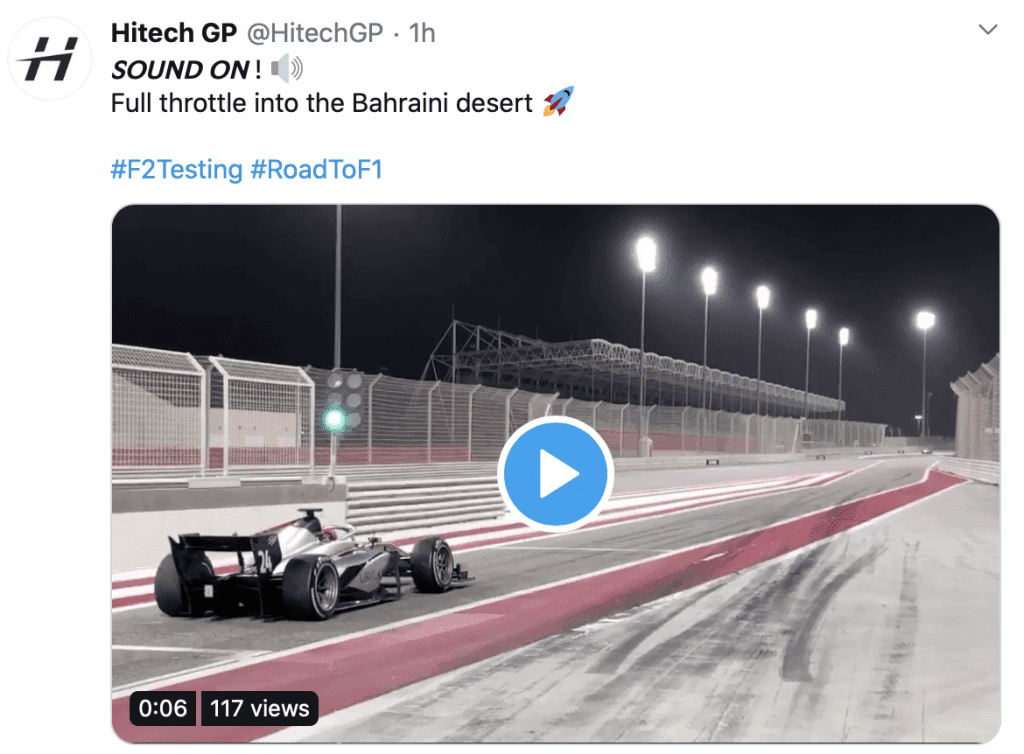 We will all wait and see if they can have such an impact in the Formula 2 Championship but with a new team comes additional opportunities for staff and drivers. 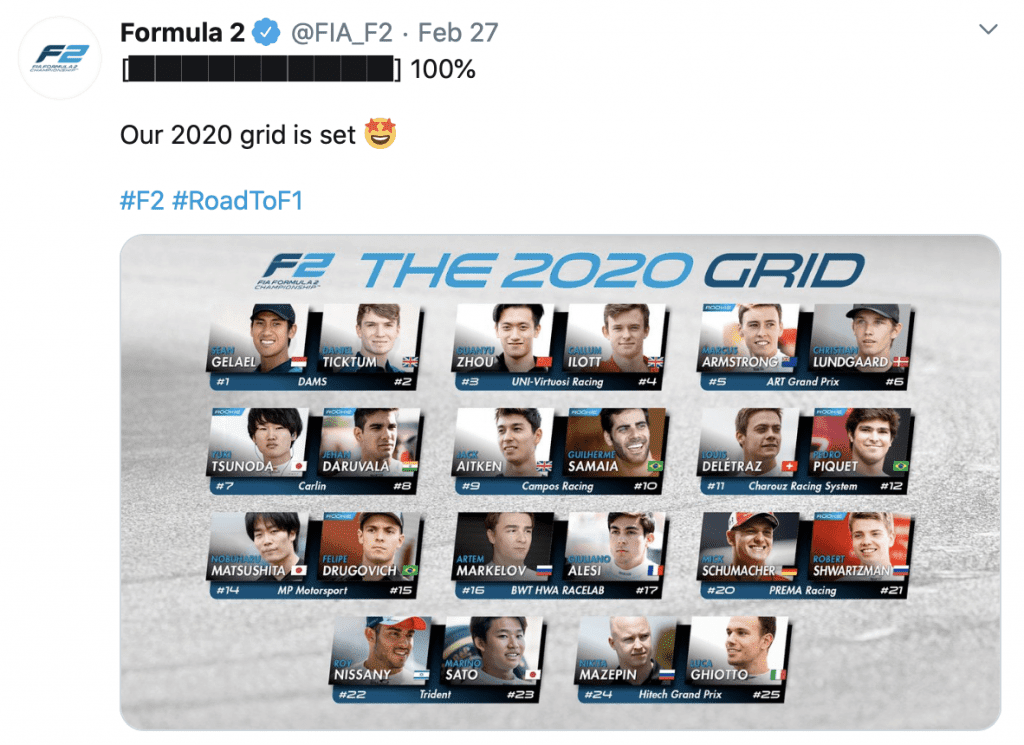 Dams have F2 veteran Sean Gelael and Daniel Ticktum as their drivers while Uni-Virtuosi has a much-fancied pairing of Guanyu Zhou and Callum Ilott.

Trident last to announce come to the grid in 2020 with Roy Nissany and Marino Sato which is an interesting dynamic of experience and youth while ART G.P has the potentially exciting pairing of talented New Zealander Marcus Armstrong and Danish Christian Lundgaard.

Carlin has gone for the rookie line up of Yuki Tsunoda and Jehan Daruvala which we at insideF2.com feel could be a nice inter-team battle and Charouz Racing have the famous name of Piquet, Pedro in their ranks partnered by Swiss driver Louis Deletraz.

The second of three Brazilians on the grid is Rookie Felipe Drugovich racing alongside Japans Nobuharu Matsushita at MP Motorsport.

Completing the 22 strong grid for the 2020 season is Jack Aitken who will be hoping for a strong season as he has his foot in the door of F1 team Williams as a test driver and the third Brazilian Guilherme Samaia makes up the pairing at Campos Racing.

Most race fans love the start of the season to see their teams latest liveries but this year as the extra Vroom-Vroom of the new 18-inch Pirelli tyres that will be heading for F1 in the 2021 season.

We won’t get technical about the look and the drive of the new spec cars for 2020 but what we do want is to see these gorgeous machines whizzing around the 12 circuits of the FIA Formula 2 calendar.

Check out some of our Favorite posts from the Offical Formula 2 Twitter page and if you haven’t subscribed to our twitter or theirs, what are you waiting for!

In a parallel dimension imagine Crofty saying Read’s out and away you go!Â 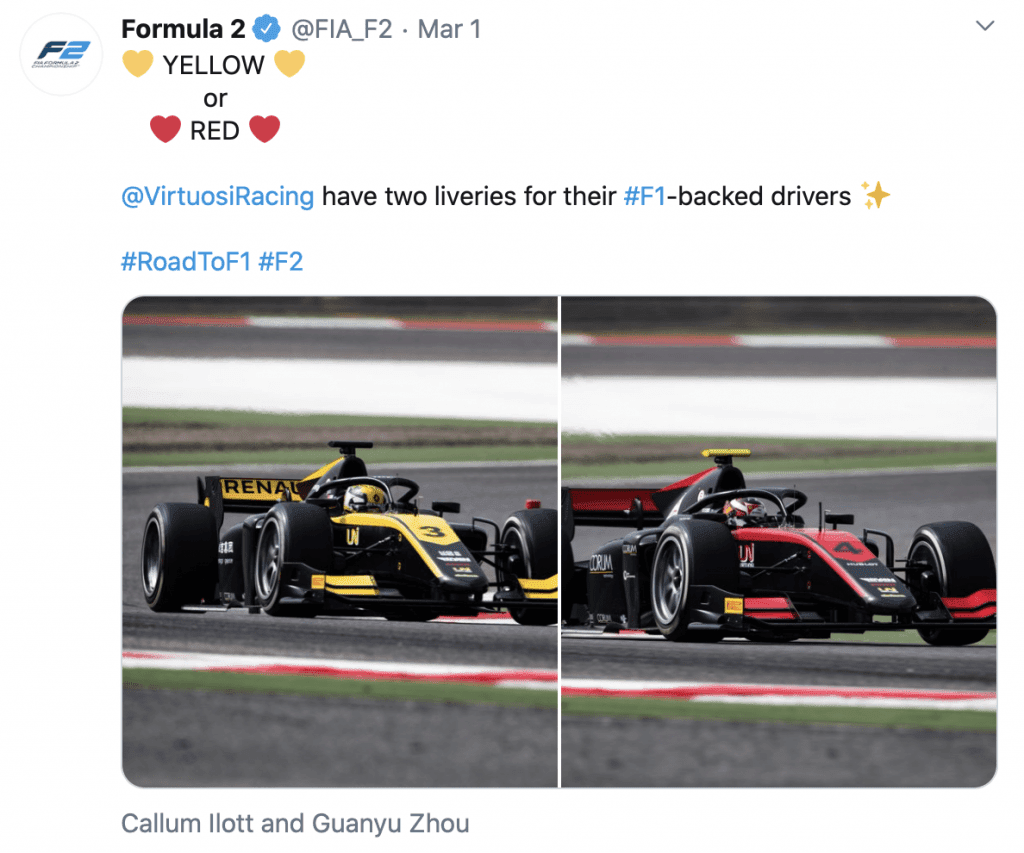 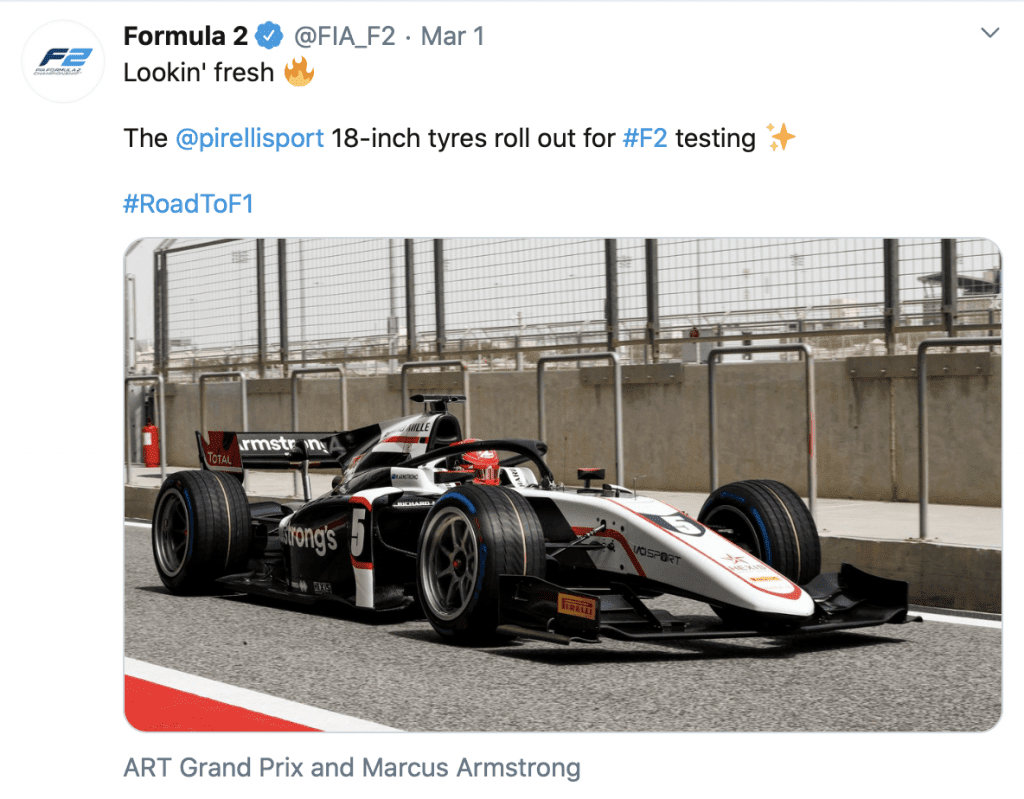 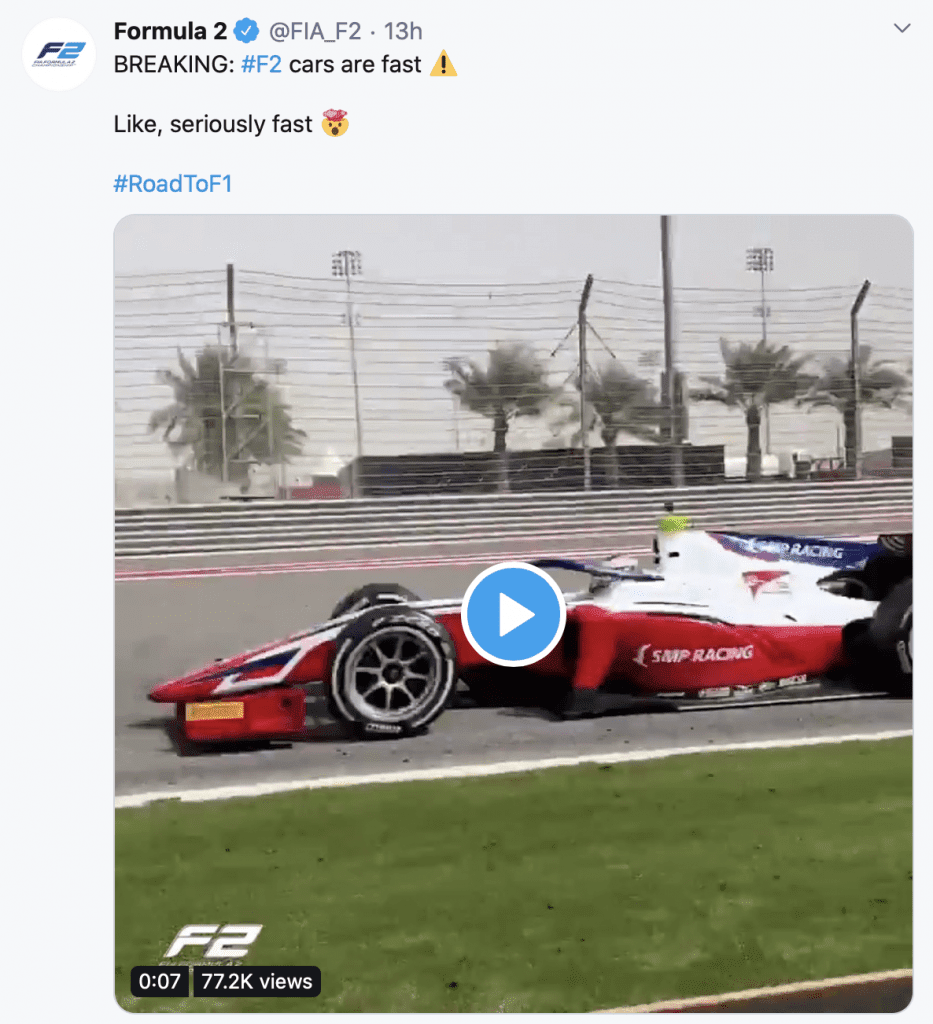 As always please feel free to leave you your comments and also share our post on your social media with your chance to win ad-hoc InsideF2 mystery prizes!Â