As Formula 2 travels to Sochi for Round 10 of the 2020 season, let’s rewind 12 months to the Russian round of the Formula 2 Championship at the Sochi Autodrom.

This time last year Nyck De Vries was on the verge of clinching the Formula 2 Championship. The Dutchman enjoyed a 59 point lead at the top of the standings over DAMS driver Nicholas Latifi with just two rounds to go.

The weekends action got underway with a 45 minute practice session in Sochi.

Qualifying was up next for F2 and with 4 points available for Pole position it was a heated session. ART driver Nyck De Vries took a step towards his Championship as he took Pole with a time of 1:47.440. The front row was completed by Canadian Nicholas Latifi.

On Saturday afternoon we were greeted with a gloriously inviting Sochi Autodrom as the anticipation rose for the Feature Race.

Nyck De Vries lined up on Pole Position with Championship rival Nicholas Latifi alongside him.

The first race of the weekend had all the classic Formula 2 drama as Nyck De Vries got away well from Pole leaving the rest of the field behind. As the race progressed, De Vries continued to lead but on Lap 5 Luca Ghiotto stormed into first place after starting on the alternate strategy.

With just eight Laps to go Mick Schumacher’s Prema gave up the ghost, the German has been running fourth place but all his hard work came to nothing.

The Laps ticked down and on Lap 25 Italian driver Luca Ghiotto stopped for his soft tyres looking to charge towards the Chequered Flag. The Uni Virtuosi driver provided us with some brilliant entertainment duelling with Louis Deletraz for third place.

Meanwhile Nyck De Vries continued to lead and edged closer to the F2 title. The Dutchman eventually crossed the line after 28 Laps to win his fourth race of the season and critically the Formula 2 Championship. 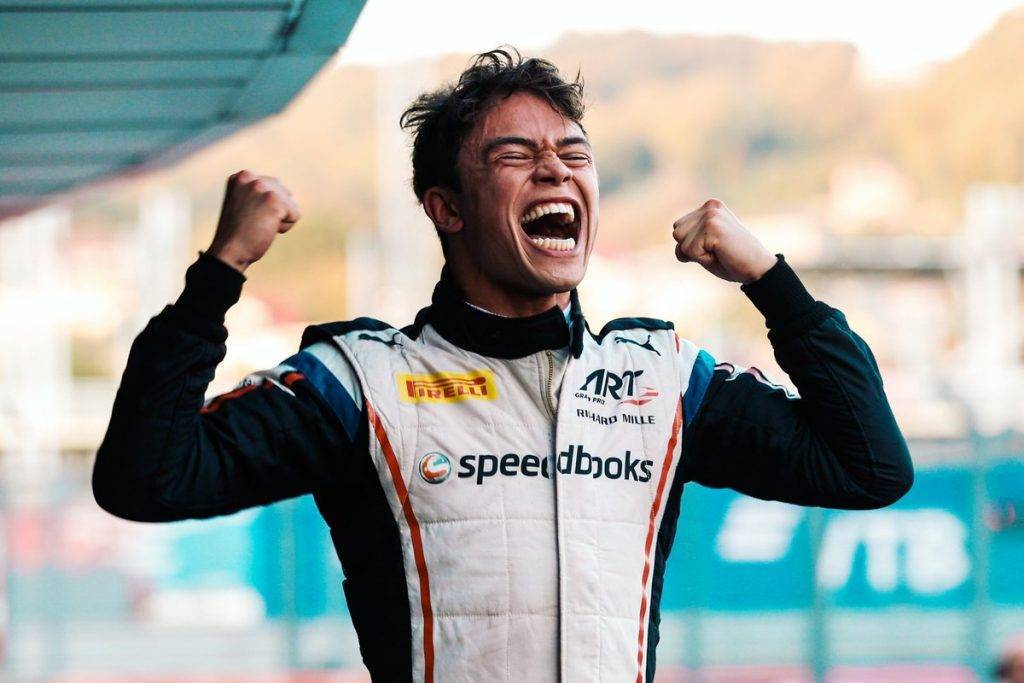 On Sunday the cars lined up for the penultimate Sprint Race of the season. Nikita Mazepin enjoyed starting on Pole Position after finishing 8th in the Feature Race to claim reverse grid Pole.

Jack Aitken lined up in second while Japanese driver Nobuharu Matsushita began the race in third position for Carlin.

Nikita Mazepin echoed his ART teammate Nyck De Vries and hooked up a mega start to lead into Turn 2.

However, the Russian driver missed his braking point and took to the escape road along with Jack Aitken.

As the pair attempted to rejoin the track they touched sending Mazepin into the path of Nobuharu Matsushita taking Mazepin and Matsushita out of the Sprint Race. The red flag was also brought out.

The Sprint race got underway again and Luca Ghiotto led the field ahead of Callum Ilott and newly crowned champion Nyck De Vries.

Luca Ghiotto dominated the rest of the Sprint Race and took the Chequered Flag ahead of Nyck De Vries and Callum Ilott who rounded off the Podium.